Conventional water softeners may become extinct in the near future – not just because they could be replaced by salt free systems, but because they might be outlawed. If you think the idea of law enforcement agents coming to your home to search for illegal water treatment systems sounds silly, think again. It’s already happening in one part of California, and it’s quite possible a water softener ban will someday come to your area as well.

Conventional softeners remove hard water minerals from water and replace it with sodium (or less commonly, potassium). When the systems regenerate, they flush salty wastewater into the sewer system. In many cases, this water is simply disposed of. However, with the developing water crisis in the Southwest, many areas need to recycle the water for agricultural and other uses. The extra salinity – much of it added by water softeners – causes problems with crops. That means it either has to be treated (at taxpayer expense), or traditional salt based water softeners have to go.

The latter option was chosen by residents of the Santa Clarita Valley Sanitation District in California. They voted to ban conventional water softeners rather than accept a rate hike. This ban isn’t just working on the honor system, either. Owners of salt water softeners have been offered fair value to remove their system. However, the sanitation district has mailed out letters to people suspected of still having water softeners in their home, and will follow up with inspections if they don’t get a response.

Water softener manufacturers and industry groups have fired back at attempts to ban water softeners, arguing that they represent “governmental overreach.” They also argue that, overall, water softeners are actually good for the environment. By preventing scale, softeners keep water heaters and other appliances running more efficiently, reducing energy use.

On the other hand, manufacturers of saltless water softeners would like to remind everyone that there is an alternative. Because they don’t discharge harmful wastewater, saltless systems are unaffected by these bans. The only trouble is that many people don’t know about salt free systems, or trust the technology they use.

Another option is contained systems, which don’t flush wastewater into the sewer system but save it for professional disposal. This isn’t a universal solution, though. You can’t find a wastewater removal service just anywhere, and many people are bound to balk at the extra cost and inconvenience.

Will a Ban Come to Your Area?

If you live in the Southwest, the chances of a water softener ban in your area are very real. It seems likely that communities are going to get more and more strict about water use in the near future – they have to in order to deal with the issues they face. Outlawing water softeners may seem draconian, but it’s an obvious way to chip away at a vexing problem.

Unfortunately, you can’t just pass a law banning hard water problems. As long as those still exist, homeowners will need solutions that work as well as conventional water softeners. This will no doubt drive demand for salt free water softeners. Since nobody likes lugging around large bags of water softener salt anyway, it’s a pretty safe bet that one day saltless systems will be the norm.

For Well Owners: When water is provided by a private well, periodic testing of its water is recommended but not [...]

October 25, 2013 By Hunter Worsfold Home Water Filtration Comments Off on For Well Owners…

Heavy Metals in Your Drinking Water

Even if your water looks clean, it's very likely your drinking water contains heavy metals such as Lead, Mercury, [...]

February 12, 2014 By Hunter Worsfold Home Water Filtration Comments Off on Heavy Metals in Your Drinking Water

Bottled water, due to several factors, is clearly not a healthier or purer alternative to tap water. Also, bottled [...]

Buyer Beware! A lot of in-service home companies are offered money for names, addresses and visits to your home, but [...] 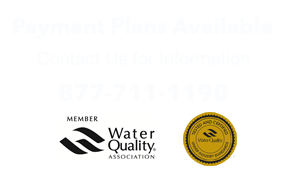